It’s Official – Less Than Half UK Adults are DIY Confident! 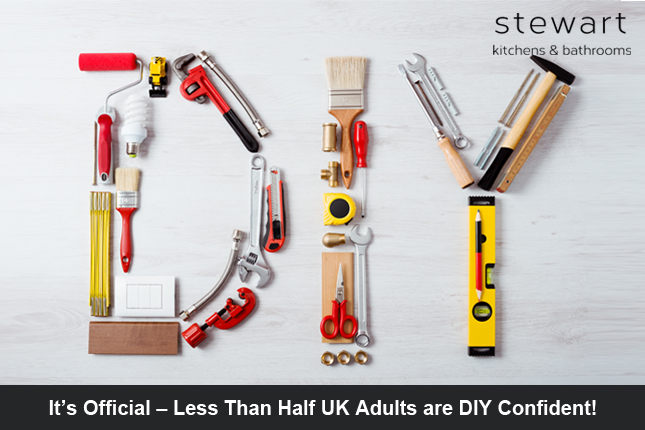 I have thought this for a while and now an official study has confirmed that fewer than half of the adult population are confident undertaking DIY projects in the home.

The study was carried out by Local Heroes, a home improvement and repair service backed by British Gas.

2,000 adults were involved in the survey and just 41% said they felt positive and confident enough to tackle DIY jobs around the home, preferring to employ a local tradesman to do the job instead.

There was a distinct divide across the country with only 37% of those in London, the South East and South West feeling up to the tasks. This compared to 47% in the North West who felt more able to get stuck in.

Having said that, three out of four asked said they have undertaken a DIY job in the last twelve months. Interestingly, 79% claimed they preferred doing their own painting and decorating but 83% said they left anything electrical to the experts.

Finally, the survey found that the majority of the population, some 81%, prefer using a local tradesman rather than a national company. They believe local people are more trustworthy and do a better job.

The message is, if you need some DIY done, call the local experts. If you are considering making changes to your kitchen or bathroom and you are in the Gloucester area, then give me a call on 01452 699700.