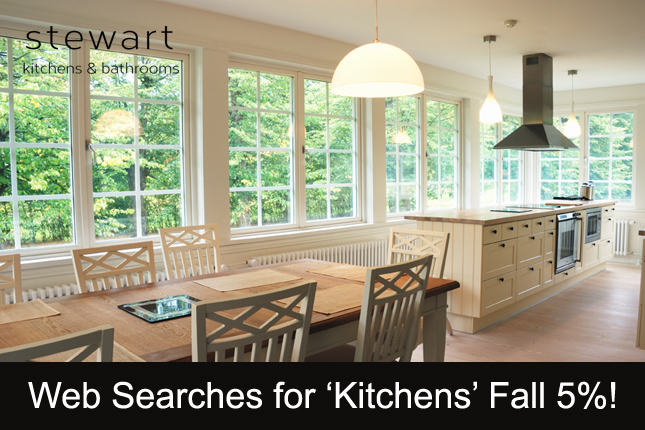 As we are told that more and more people are searching the web for a variety of products and services, I was a bit surprised to read a report indicating that searches for ‘kitchens’ and other associated words was actually down 5.1%.

Kitchen, bathroom and bedroom marketing agency Flo Marketing have produced a report based on qualified searches that are hyper-relevant to kitchen retailers. These include phrases such as ‘kitchen showrooms Cheltenham, ‘fitted kitchens Bristol’ and ‘kitchen retailers Gloucestershire’.

It found that such searches were down 5.1% in the UK in the last 12 months.

The first quarter of a year, known as Q1, is when the most searches are carried out. This is when consumers traditionally plan any major home improvements. However, the report found that searches carried out by consumers in Q1 2019 were down by some 3.8% compared with the same period in 2018.

That is all very interesting, of course, but does it really mean that people are having kitchens fitted less frequently than in the past? There could be a simple explanation. Perhaps people are talking to kitchen retailers and fitters rather than simply looking at pretty pictures online.

If you are in Gloucestershire would like to talk to me about having a new kitchen fitted then give me a call on 01452 699700. I will be more than happy to advise you.